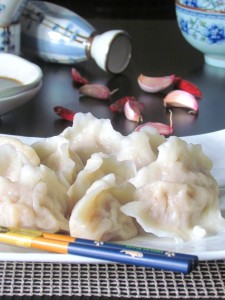 Today is Winter Solstice, a traditional Chinese festival. It is one of my favorite festivals during the year, because we are going to have dumplings for today!

Dumplings are the most essential and popular food for Winter Solstice, especially in northern China. There is a legend that Zhang Zhongjing, a renowned medical scientist at the end of Eastern Han Dynasty (25 – 220), found his fellow-townsman suffering from coldness and hunger when he returned from his position of prefecture chief in winter. More severely, many of them had terrible chilblains in the ears. On the Winter Solstice day, he cooked food named Jiao Er with a stuffing of medicine and other ingredients fending off the cold to feed these people, and they recovered soon. Later people learned to make the food to create the present dumplings. Meanwhile, the saying that one’s ears will be frozen if he doesn’t have dumplings on the Winter Solstice was widespread till today. 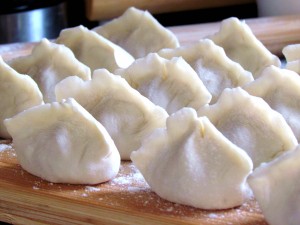 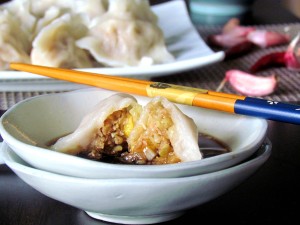 Put the flour in a big bowl, crack the egg in it, add 1 and 1/2 cup of cold water and stir until it forms a soft dough. Cover the bowl with a damp cloth and let it sit for about 30 minutes.

Having prepared the dough, it’s time to make the filling. 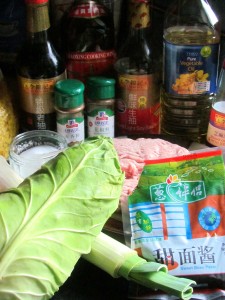 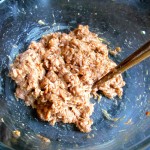 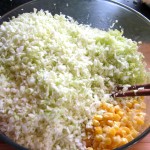 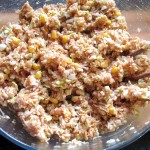